We noticed that you are using a browser that is no longer supported by our system, to enjoy the full Volvo experience consider changing browser
x
×
Stories

After joining Volvo Bus in February 1992 in NSW, Ray immediately became a valued member of the team, and played an integral role in forming key long-term relationships with customers and partners across the bus and coach industry.

Ray officially joined the team as a Regional Sales Manager and it was in this role that he found his niche and passion, and proudly maintained his sales role over the years. Prior to this, Ray began working for Suttons Volvo in July 1984, which was a Volvo Bus dealership for NSW at the time.

Before starting his 3-decade journey with Volvo, Ray originally began his career as an electrician. Ray carried a passion for buses throughout this time, before even entering the industry and would spend his weekends driving buses around Sydney with his friend.

Unsurprisingly, Ray has had many memorable experiences throughout his years in the industry, and still remembers the first sale he ever made in the with Suttons Volvo in July 1984, having sold a Volvo B6 to customer Lyall Lennox in Kyogle, NSW – a delivery that he says he will never forget.

One of the many highlights Ray added about working with the Volvo Group, is the bus conferences.

“Over the years, the bus conferences start to feel like a family reunion. You get to see the younger people in the beginning and then see them grow up, have children and shift through life. Every year it feels more like a family get to together more than a business gathering. Probably like you wouldn’t get in another industry. Especially with many of the family run businesses, you get to see the different generations moving up in the family business,” says Ray.

“30 years in the industry is a massive milestone and we are proud to have Ray on the team continuing to service and support our customers and partners across NSW.” 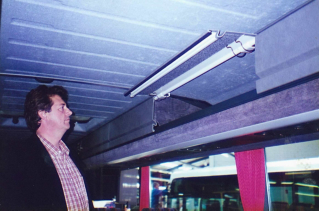 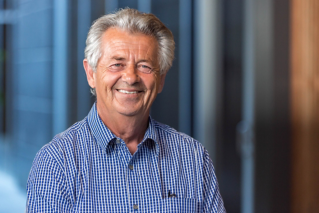